Where is the difference.? 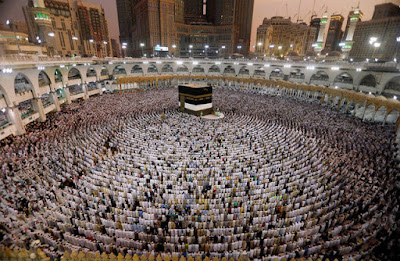 Recently while making Tawaf, I was looking around my fellow Muslims and wondering about where our differences are. Around me were thousands of Muslims performing the acts of Tawaf in the same direction. It would have been a matter of concern and true difference if few hundreds wanted to perform their Tawaf in the opposite direction.

After a while when the prayer started, I saw all standing behind a single Imam and performing their prayer. It would have been a matter of difference if few hundreds still wanted to stand when everyone was in Sujood.

I saw all praying in the same direction. It would have been a matter of concern if few hundreds want their prayer direction different.

I saw every Haji wearing the Ihram the same type and color. It would have been a bit of concern if few wanted their Ihram to be red or black.  I did not find any!

Aren’t the differences we think we have is mostly due to lack of broad-heartedness? If  we could broaden our heart, isn't there space to fill in all?