Junaid Jamshed. May Allah shower mercy on him. 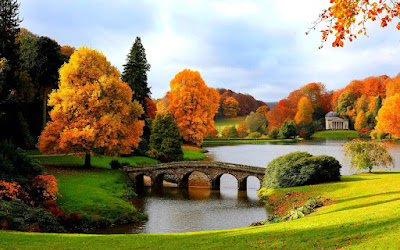 I had no interest in any of Urdu naats until I found Junaid Jamshed. His naats were totally different from the kind I ever heard before. The way he reads is from his heart, hence it has an effect. This one is my favorite. Also Muhammad Ka Roza which was a poem written by Saeed Khan Moualana (rah), Madeena Munawara. He re-wrote it sitting behind Rowdha Shareef.


Ultimately it is all about what one does in life that matters, not how much one lived. _“To live like a lion for a day is far better than to live like a jackal for a hundred years. (Tippu Sultan)_

In the little span he realized the purpose of life, he never wasted anything of it. His sinful past might have made him far a better person. If you look at nature, the vegetables that grow underneath the mud may be the purest inside. Like the potato or an onion, peal of the muddy cover and there inside is the pure layers. As one goes inside, there are purer and purer layers. What happens to some people is that, once they get inside, forget the fact that it was the muddy outer layer that lead to the purity of inner layers. The success of Junaid Jamshed was that he saw the good in others and understood them. Inside of every muddy person, is there a purer self. Which one just need is finding it out before his time is up.

"Some have found Allah in the depths of their sins.”.. ....Life is all about finding and knowing Him. To know my Rabb is Allah and to worship Him alone, before we are asked 'Who is your Rabb'

There is one person in the Arab world who had the same biography as of Junaid Jamshed whose name was Saeed Al Zayyani. (May Allah have mercy on them). Saeed Zayyani repented and went in the path of Allah when he was at the peak in his music world and much popular in the Arab world. When he came back home from the path of Allah after one year and four months, people used to repent just by looking at him. They could not believe this was the same Sayeed Zayyani. He was a person who was known for great Akhlaq. Even when his old fans would come later and ask, when is his next album. He would say, it will be there after Magrib in the Masjid. He would not abandon them and sing for them Nasheed (like Naat) Talaal Badru Alaina…

He prayed to Allah in Sujood in front of Ka’aba.. Ya Allah make my son a Daee ila Allah. He has a son whose name is Salman who spent 4 months in the path of Allah.

He was active in the works of Da’wa until he passed away in a car accident in 2009 while returning from Saudi Arabia to Abu Dhabi. Arab Islamic channels talked about his death as he was then a media person for the good like Junaid Jamshed.

Reciting below Ayah from Surah Al-Nisa, he would say. Allah has given us the Taufeeq to go out in His path, when will we be blessed with the later portion of this Ayah. Meaning death in the path of Allah.

It comes in Hadeeth of Fazael Madeena, Hazrath Umar (r.a) would make this Dua

It was almost impossible to happen both. As Madeena Munawara was already a safe place for Muslims, martyrdom inside of Madeena was least ever expected. But Allah gives whomsoever He wills as He wills.

May Allah shower mercy on them.